Our Lead Software Developer at Copper Horse, Mark Neve talks about inspiring young people to get into careers in Science, Technology, Engineering and Mathematics (STEM). 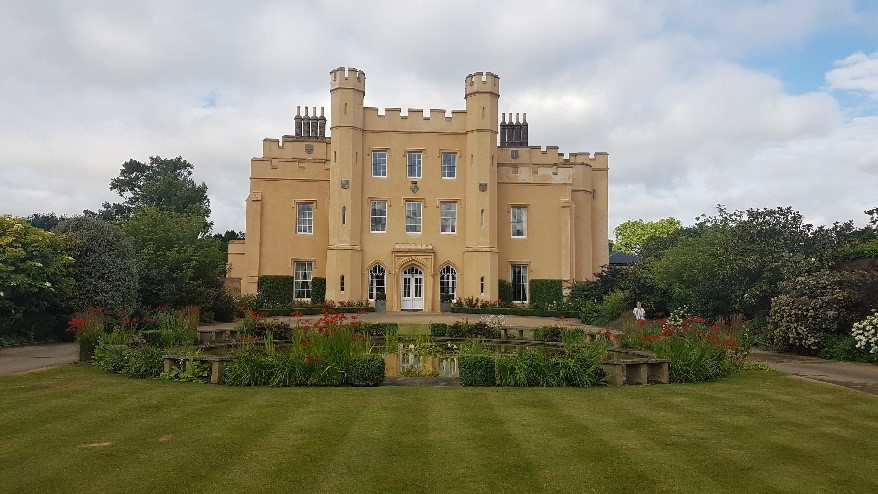 During the summer, I represented Copper Horse at a STEM careers day organised by the excellent people at Learning to work. The event was held in the grounds of the stunning Ditton Manor. The first set of students arrived promptly at 9am and had an hour to look around and talk to the companies present before leaving and being replaced with new students every hour, which worked well and kept us extremely busy all-day long.

I had the chance to talk to several students who were looking to move into careers in computers and cyber security. As I’ve spent most of my career as a software developer I was pleased to see that some wanted to move into programming, spurred on by using programming tools such as Scratch and Python.

The students and I often discussed online safety and I was surprised to see how few seemed to have been given instruction by their school about staying safe online. They hadn’t even been taught the basics around good password practice such as not using obvious words or methods for making passwords more difficult to guess. 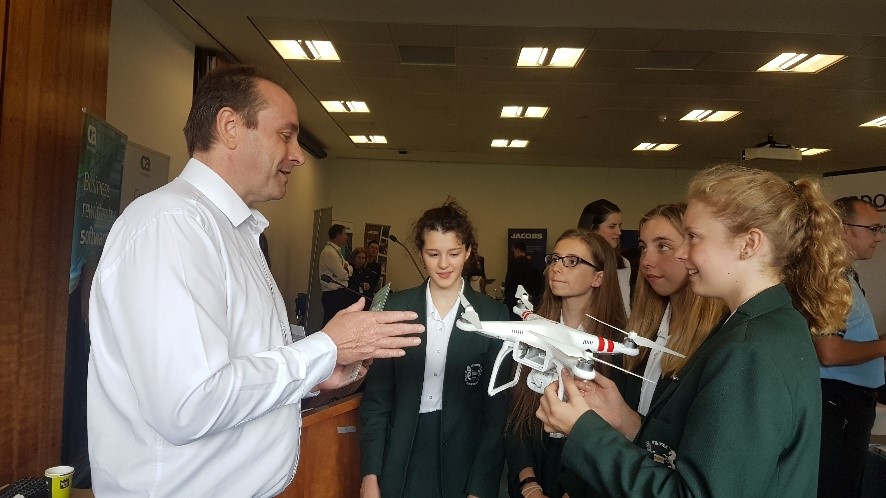 I spoke to the students about security research and some work we had done, showing them some of the equipment we use. The stars of the show for Copper Horse were our Phantom Drone and our ever-popular mobile phone stands (you’ll have to meet us in person to get one). We had one visitor to the stand who loved the stands so much she took enough for her whole class! Some of the students took a real interest in our WiFi Pineapple hacking tool and hopefully I’ve inspired some future white hat hackers. It was particularly nice to see so many girls interested in STEM subjects and cyber security. 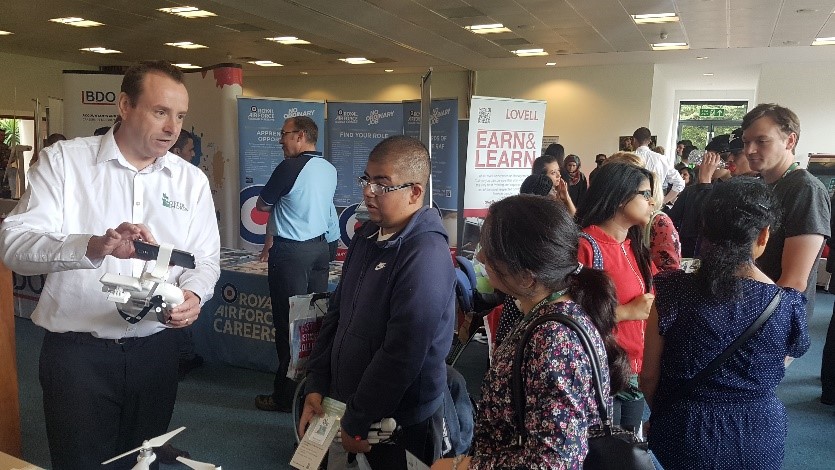 The biggest take away I had from this event was observing the number of students who really don’t know what career they’d like to pursue when they finish education. I spoke to very few students who had decided the exact path they wanted to follow. Hopefully I’ve been able to give them a few ideas.

I’d like to finish by thanking the people from Datchet Water Sailing Club who took pictures and generally helped me out during the day.